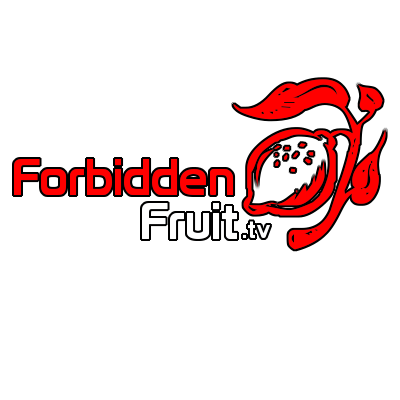 Your heart sinks into your chest, they robbed you or at least just took your ID. They know where you live, but you already intended on reporting them with the video tomorrow so they should be taken up quickly.

You drink your coffee and shower. Eventually, you calm down enough to try to sleep down in the basement on the couch.

A few hours into the night, you get a text message.

You wake up and open your phone and immediately start shaking, it was one of the Arachne.

You open the message to read it.

“Little bug, come outside. I don’t think you want us to come inside and prey on those other bugs.”

Your mind instantly races. They cannot touch your friends, they don’t need to receive the same treatment you did.

You get dressed and grab your things, just your backpack and phone.

You slowly sneak out the front door, trying not to wake anyone.

“My little bug bought that bait,” a voice spoke behind him spoke as he closed up the front door.

You freeze in place waiting to be pounced on.

“It is only me my bug,” Vanessa said grabbing him from behind.

“You fell into my web yet again but we are all alone,” she whispered into your ear from behind.

You hang your head in defeat once again. “W-W-Where do you want to go?” you asked her as you stared straight at the ground.

Vanessa chuckled before shaking some keys in her hand. “Your place,” she said leading you away.

You tremble at her touch feeling her hand wrap around your waist. She was leading you back to your home.

She leads you back through the path you were first in with her and the gang, but they were all gone it was just you and Vanessa.

“Mmm now it is time for round two, but with a little more one on one action,” Vanessa spoke.

You look over at her and see her phone aimed at you. She was recording again.

You turn away again from her filming.

“My little bug is shy still, we are going to fix that though,” she said before putting her phone away.

“Be a little more resistant like the first time bug, I am trying to gain a reputation here,” she said.

“A reputation of what?” you ask her as she played with your hair.

“Being tough and taking what I want from you,” she said as both of you walked out the exit of the shortcut.

“Your place will due for now, until Sapphire sets everything up,” she said whispering into your ear pulling at your hair as she approached your home.

“Come on, let us in,” she said slipping the keys into your hand.

Your mind was racing, unfortunately, she has gotten you home already, you have to tolerate this in the meantime.

You fumble the keys into the front door unlocking it before opening it. Vanessa walks in first pulling you in behind her. Your home was empty of people besides you and her.

“Bedroom now,” she said locking the door behind you.

You sigh and lead her to your bedroom. She immediately starts looking around for an outlet. “Get in bed insect,” she said to you plugging up her phone, mounting it on its side and turning back on the recording.

“Welcome to my web little bug,” she said looking into the camera before mounting you in bed.

She kisses you intensely before pushing your down on your back in your bed. She starts to spin silk around your wrists binding them together but not as tight this time.

“Don’t pull at them, you aren’t getting away from me, we are alone,” she said giving you a playful wink.

You sigh and nod at her. She isn’t being nearly as rough as before.

She licks your neck gently while gently touching your limp cock. “I cannot inject you more my bug, so I expect some compliance,” she said with a soft whisper.

She smiled before starting to undress, tossing off everything she had off already tonight.

“Already excited my little bug, I feel something poking at me,” she said pulling down your pants, her nails grazed your skin as she slowly pulled them off before tossing them to the side.

You lay there watching her touch your length and stroke it gently getting it completely ready for her.

“You are going to help with this little project this time bug,” she tells you keeping your now hard length in her hand as she reaches over for her phone.

She unbinds your wrists so you can hold it effectively “Well it looks like you don’t need to be tied up all the time bug, I’ll cut you a break tonight,” she says to you.

You nervously aim the lens down at her face. She smiles as she starts to lick your cock slowly all the way from base to tip. “My insect here tastes so good, seems he cleaned up too from our previous encounter,” she says as she continues to lick and taste you.

You gently moan you had never had this done to you before and she was pushing your buttons already edging your sensitive length from the earlier assault.

“Steady little bug, we are just about to get to the good part,” she said to you before leaning up and wrapping her pale tits around your cock.

Vanessa didn’t have the biggest breasts but she was doing her best to smother your cock in their soft embrace.

She pumped up and down making sure every inch was enveloped in her soft chest, at this point you were already shaking a bit watching her. She was pushing all the right buttons to the point where precum was leaking out of the tip of your length already.

Vanessa smiled and licked the precum from the tip of your length as she continued to massage your rock hard length with her breasts.

Your eyes closed reaching near orgasm point already nearly dropping the phone in the process.

She looks over at you in bed, gently panting. “My little bug still looks like he is good to go again huh, we will save that for another time though,” she said before closing the camera app.

You lay back on the bed closing your eyes completely worn out from this night.

Vanessa leans down to your ear and whispers. “I was going to give you a little one on one but rest up, tomorrow we go live…”