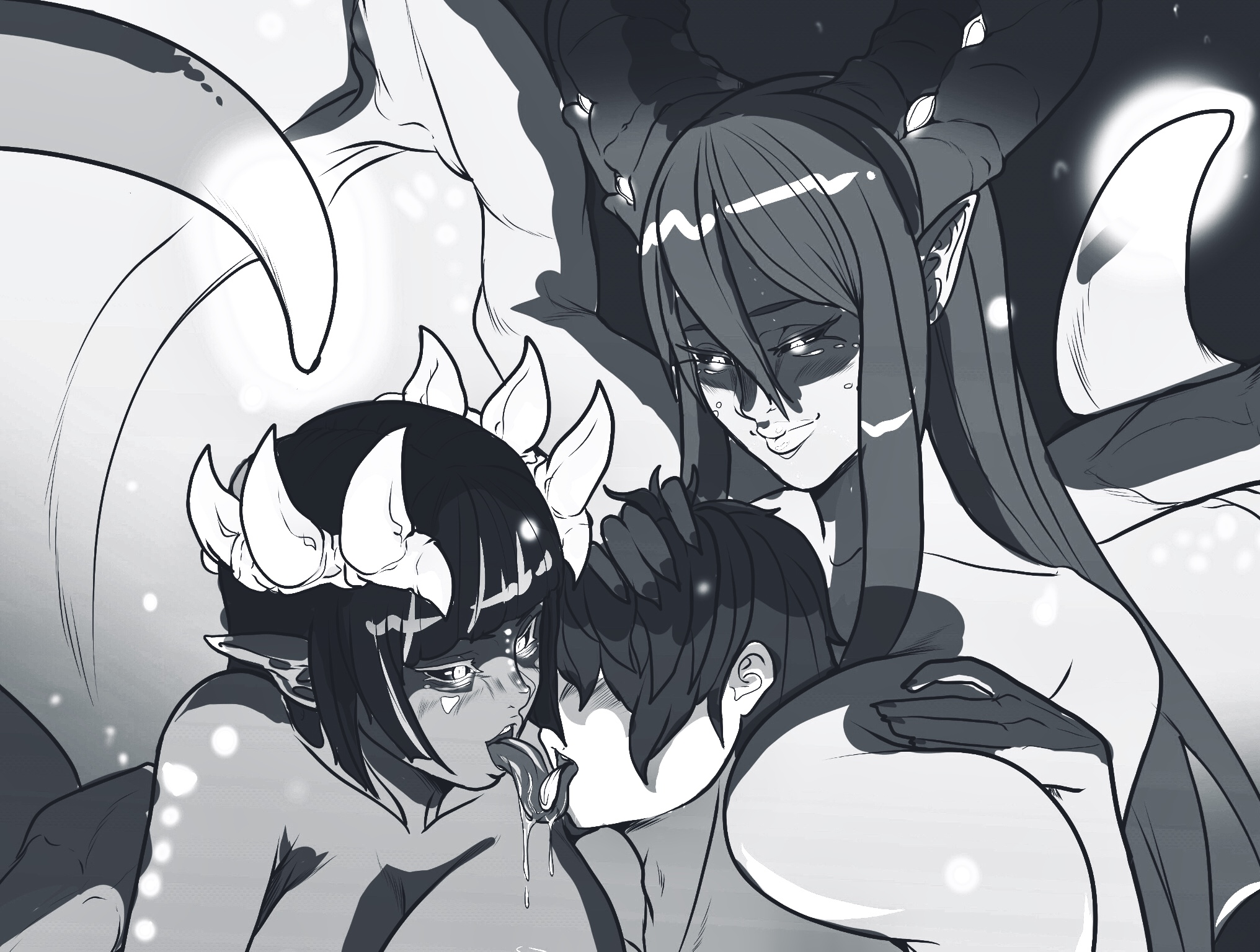 “As a human, your mortal existence is but a minuscule phase within this era of time, let alone in comparison to the forevermore expanse — that is, the concept of eternity as a whole. Your individual presence is most insignificant indeed, little youth… but only as you are: an unsuitable piece to a horrendously-limited puzzle, a non-contributing member of human society.”

“On the contrary, our kind are exempt from such ideologies, as is the place from which we hail. To us, there is no value to any one’s accomplishments, nor is there any merit to a creature’s physical form. All mortals die eventually, and with them, their achievements. Why determine a being’s worth solely upon things that will all one day cease to exist? Mortal feats… such things are effectively worthless to an entity who will far outlive any significance they may bear.”

“This is why the soul is the one thing truly coveted by every immortal entity. It is what every creature is, and what it will ultimately become. Your ethereal signature, your metaphysical presence, the soul is the literal culmination of your very being, your true self… and that is what I’m after.”

“I have no interest in your history, nor your list of achievements or lack thereof. I do not concern myself over your mortal, physical form, regardless of my intent to use it for my personal indulgence. No… what I truly want is you. The real you, not some aspect that is merely temporal.”

“A peculiarity, indeed. ‘Time’ is quite a particular aberration, a state of reality that defines the mortal realm and all that exists within it. All things succumb to it, even gods who are otherwise indisputably immortal. This is the reason why the historical events of gods being slain by mortals exists… and why the immortal entities are typically forbidden from direct interaction with your kind.”

“Have you ever wondered why the gods remain in their respective realms? Well, mankind is an anomaly, its very nature a threat to an immortal’s existence. You see, ‘time’ itself typically only exists within its own realm, the ‘Mortal Plane’ as it’s come to be called… however, the element of ‘time’ latches on to you, clinging to mortal souls and spreading its effects to wherever your kind travels. This includes other realms, where immortality is temporarily nullified in the presence of a mortal form.”

“A god or other immortal entity exposed to even a single human will become influenced by the mortal’s presence of time. They will age, succumb to injuries… it would be as if they have become mortal themselves, except they have no mortal body. Do you know what happens to an immortal who should happen to perish while under the influence of time? I could say they simply cease to be, but that would be… not entirely accurate. Perhaps you would be best not knowing the specifics.”

“Ironically, despite all of this, did you know that immortal beings need to expose themselves to the influence of time in order to breed? This is one of the primary reasons as to why there are so many events throughout your many myths and legends where gods and other immortal entities have come to the mortal realm, and especially why most have courted humans.”

“The tales of a god who has fathered generations of offspring whilst living at the peak of a ‘holy mountain’ within the mortal realm, stories of a divine spirit who whisks away a human male every century to be her mortal lover. These events and more, all scenarios related to needing the influence of time to breed… as is also the reason why I have yet to strip you of your mortal body.”

“You aught never have fear of a perilous end to your life, my precious human youth, for I will never allow you to perish… or rather, not until after you have impregnated me a sufficient number of times. Once you have sired enough offspring through me, only then will I destroy your mortal form and forcibly remove your soul, in turn allowing you to join my kind in the abyssal forevermore.”

“Until then, let us enjoy ourselves for as long as we desire… after all, we have more than enough time to spare, nearly a full century should your mortal lifespan persist to the fullest~”

2 thoughts on “Concept of Mortality”