Today we usher in the new decade with TFT’s first writing contest of 2020! Some of you reading might know me from the semi-popular historical travelogue series Chimeranologist and if not that’s understandable. Either way, having recently finished work on the 4th installment of my series and with seemingly no Valentines event being held this year, I came up with the idea of celebrating this new decade with a look backwards in humanity’s history.

The competition begins as of the day of this posting, February 11th, and will end If you live in a different timezone, then be sure to check this countdown timer.

UPDATE: Due to upcoming personal events in my life and feedback from some of our prospective participants I have decided to extend the contest deadline to midnight of March 2nd. The countdown timer above has been edited accordingly.

Submit your story to me directly via Discord, I will be in the TFT Discord. You are free to post your stories on TFT once you finish them. If you do not want to use Discord or can’t for whatever reason, just comment on this announcement with a link to your story.

Primary Requirement: for this event all stories must be set at some point in Earth’s history, anywhere from the Middle Ages all the way up to the 1980’s, you can even go further back in time if you want. Time period and location should not be ambiguous. And since this contest revolves around historical fiction, that means generic medieval fantasy settings are not allowed. However, because the presence of monster girls might logically cause changes in history, you are allowed to somewhat lean into the alternate history genre. Also, violence within your stories is most definitely allowed.

Second Requirement: your story must involve one of the following monster girls as a major character or a minimum of two as minor characters. This list has been specially designed to highlight some monsters less often written about, but also so that most of the major regions of the world each have a representative: Aigamucha (Africa), Ghoul (Middle East), Kakuen (China), Kappa (Japan), Kikimora (Eastern Europe), Ocelohmeh (South America), Wyvern (Central and Western Europe)

Finally, though this should go without saying, you cannot reuse old/published stories for this contest. If you have any concerns about the rules listed, please message me on Discord or comment below.

PRIZES TO BE WON

These vouchers can be exchanged for any other online gift card of equal value or purchase of a game on Steam/GOG/etc of similar value upon request.

Entries will be scored by a series of judges who will not be participating in the competition. Stories will be primarily judged on their overall quality, though excessively poor spelling and grammar is liable to hurt your score. 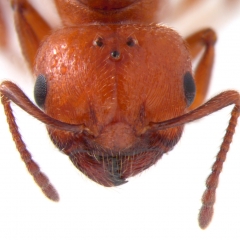 If you are looking for erotica or stories with an MGE-setting than I recommend you look elsewhere. As an author my preference is to write stories set on Earth, whether it be the ambitious modern day or a historical period, and to envision MG versions of the many monsters across the globe that currently are ignored by MGE. View all posts by Sundered
Skip back to main navigation