David is a gymcel who has devoted his life to forging the perfect body. He follows his training and diet more strictly than most people do their religion, even going so far as to abstain from relationships with monster girls, believing they’ll keep him from the iron paradise. One day, he forgets his Order ring which protects him from their advances and keeps him focused. A certain hellhound notices, and leaps on the opportunity to take advantage of him.

Even below decks, the din of the thunderclap could be felt, and more so the fact that the ship was starting to shake a bit; waves crashing against the hull. 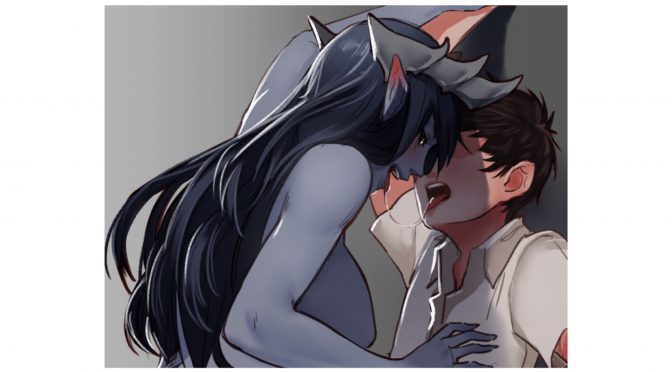 In the midst of an ongoing siege, and hidden away from prying eyes, another conflict of sorts is occurring.

Within the basement of her target’s home, the demon known as Desira has cornered Evan — a human youth — in his bedroom. 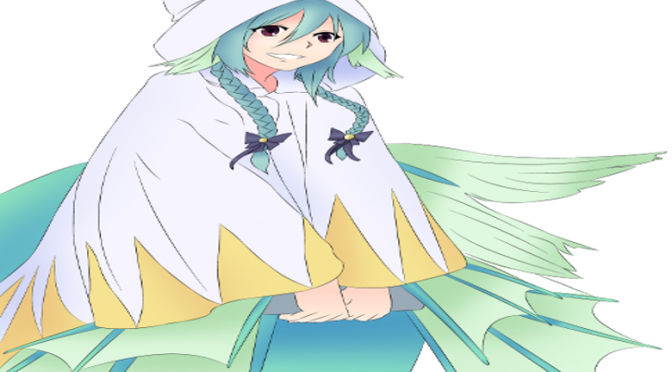 People generally avoid introducing themselves to their romantic partners via plane crash, but this story is an exception. A lonely pilot and an uncertain sea bishop save each other, and start to find more to love with every passing day.

Aaron gets some breakfast. 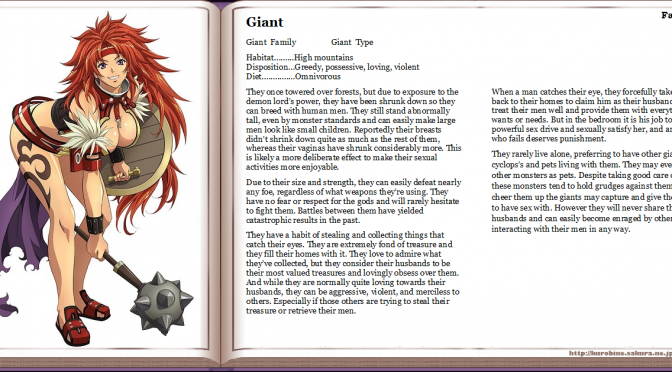 He shook his head, straightened up and tapped himself on the back of the head.

Focus, he told himself. You’ll have plenty of time to daydream about the pussy you will get when you’ve got the jewels and are out of here. For now, see the shiny jewels about to come in the palm of your hand.

Sighing and cracking his neck, he flexed his fingers and walked forward. He grabbed a glowing yellow stone and tossed it into his rucksack. He continued through the cave, picking up the jewels he liked and keeping them with him. He felt his rucksack getting heavier as he moved through just the first room, collecting more than half of the jewels available there. He paused before the second chamber, pondering on how to collect the rest. A wide grin spread over his face as he recalled something which he had brought along and nearly forgotten in his excitement at discovering the cave.

She raised her hands to her tiny little bra, also made of black silk and looking like a small ribbon running across her tits. She pulled the bit of skimpy cloth down, covering an exposed nipple. Her enormous tits bounced as she released the bra, now covering a thin strip around her nipples, the centre of her breasts, and her back. She lifted the part over her right breast, looking at the small yet hard nipple sticking out of her areola. She put it back down, covering up her nipple, and looked at the young man. He was gaping at her exposure of her soft tit, and his cock was hard enough to ram a spike into the ground. She grinned widely at him and sat back on the bed, placing her arms below her breasts. She started shaking them back and forth, enjoying how his eyes followed every movement of those rounded orbs.

‘Do you want them, slave?’ she asked, her tits jiggling harder with each word.

The young man’s eyes were too mesmerised by her swaying titflesh to answer. She repeated her question, and this time, he gave the briefest of nods, his eyes following her jiggling tits.

‘Take it out for now, Anon,’ your teacher hissed, her voice thick with desire. ‘I want you to blow that load all over my rippling asscheeks!’

‘Yes, sensei!’ you moaned, your voice taking on a higher tone due to your excitement. You slid your cock out of her tight ass and placed it between those fat cheeks. You started thrusting back and forth, gasping. You fucked your sensei’s jiggly bum as hard as possible as she squeezes her own cheeks over your cock. She started sliding your meatpole up and down between her ass. You were so turned on and frustrated, you grab her butt and slap it hard, leaving a red welt and getting a sharp cry from Manami. You spanked her again and again, leaving marks up and down her asscheeks while your massive dong slides up and down her smooth buttcrack, leaving a lot of wet slickness and spit dripping from your sensei’s ass.

The one thing in common was that their dicks always seemed to grow six inches or more in length. Some of the monster girls who were larger or taller would get their men to grow sixteen or twenty inches, maybe more, and still scream for more length each time they had sex. It was in a way understandable, these monster girls felt like giantesses to humans, being seven or eight feet tall, so you could guess their needs were larger and harder than normal human girls. They were quite intimidating as well. That amazoness who hit on you last week was really aggressive and even sexist, claiming you shouldn’t be out that late and than men belonged in the kitchen and home, while their women protected them and brought game to the house. She was seven foot of pure muscular beauty, you couldn’t deny that. Her face was mature and hinted at plenty of oral expertise, especially in dirty talk. She looked a bit like your friend’s mum whom your cock always swelled up for. She was so mature, sultry, and sexy, you always had your hands crossed in front of your trouser furniture whenever she’d ask you about how things were at school. Your stuttering response and constant glances at her breasts gave the game away. Afterwards, she’d constantly find excuses to be close to you with her breasts brushing against your arm, or bending over in front of you to pick up the laundry in a tiny little nightrobe without any panties. That night is quite clear in your memory since you caught a flash of her puffy pussy and a hint of that large, mature ass which was curvier than an ox-bow lake, or hairpin. It was one of the sexiest sights you’d ever seen. You masturbated for nights afterward at the thought of having your mouth and tongue on her sexy butt, or smelling the scent of that older woman pussy with your head tucked inside her dressing gown. Feeling her large ass grinding on your face and that experienced pussy mashing into your face, leaving its scent all over your nose, your tongue lapping away softly at those musky, odorous muff while she trembles above you and strokes your cock with those soft hands, giving the tip and shaft motherly caresses as she coos to you about not cumming too soon – those fantasies were explicit enough to make a whore blush, and kept you hard for hours at a time. It was awkward to even walk to school for several days. 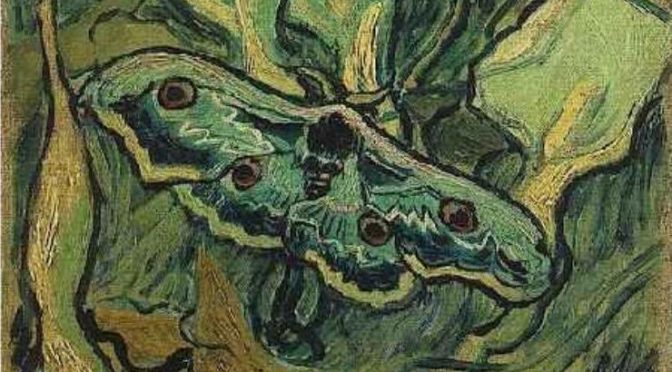 *Click-shhhhhhh…* The not-quite-cold-enough beer can hisses in protest at being opened too early and half-heartedly spits out a blob of foam that threatens to run over its edge and onto the table before I catch it. Slurping through the foamy head at the top of the can I eventually hit liquid beer and then keep … END_OF_DOCUMENT_TOKEN_TO_BE_REPLACED

John Fong is a lawyer for the Yangs, a high-class family in Hong Kong. Read More
Banis
1 post(s)