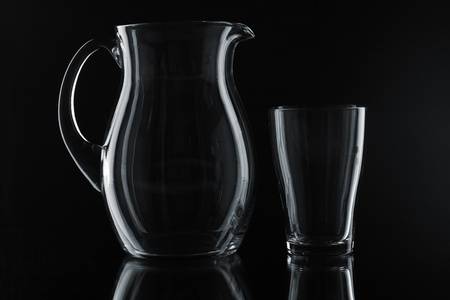 Anton entered the dungeon and moved to stand directly in front of his prisoners. Neither one of the dark elves would raise their heads to actually look at him but by the increased tempo of their breathing, it was very clear that they were aware that he was there.
He had also noticed that their long ears had gone from a drooping stance to alert, and it was quite obvious that they were both now listening intently to every move he made.
Anton turned away from them and glanced around the room as he took note of each piece of furniture. He had already known which pieces he wanted but still went over what was available. He took one of the high-backed chairs and set it about ten feet or so in front of and in between the two dark elves. On either side of this chair he set up a slim, bedside table. Each of these two tables was placed directly in front of it’s own dark elf.
Satisfied with the simple set up, Anton left the room and quickly returned with a pitcher of water that had been imbued with a bottle of blue healing potion, and two tall glasses. He set these down on one of the tables and turned back to the dark elves.
Both of the dark elves had still refused to look at him or what he was doing. And at this point he was beginning to think it was possible that they were attempting to feign unconsciousness. Though if they were this effort was completely wasted as their ears betrayed them by slightly twitching back and forth as they followed his every move.
With a quiet sigh, Anton took his seat in front of them and waited.

It had now been just over two days ago that Anton had first locked the dark elves into their bondage. Two days at least without any food, water or interaction of any kind, save for the few instances in which the dark elves had each inevitably messed themselves and it had became necessary for them to cleaned. This had of course been a humiliating situation for them and Anton couldn’t help but to be amused by both their refusal to look at him as well their failed attempts to remain stoic and aloof throughout these experiences.
These instances aside though, the dark elves had been left completely alone and with nothing to sustain themselves beyond their own thoughts and will. And regardless of how strong willed these dark elves may be, their bodies would eventually begin to give out and betray them. All that was needed now was time and patience, two things that for the moment at least, Anton had in spades.
For the next several hours the dark elves proved out on their reputation of being stubborn, prideful creatures. But try as they might the subtle signs of cracking were there.
With the relentless and randomized stimulation from the sybians keeping all but the most fleeting slips of sleep at bay, their exhaustion was obvious. Both of the dark elves were currently slumped forward and were literally hanging from the chains attached to their shoulder harnesses. When they had first woken back up and found themselves locked into their bondage, they had fought fiercely against their bounds. Pulling against their chains, bucking atop the sybians, and screaming through their gags for hours and hours before finally breaking down to their fatigue. Their battle ultimately proving useless against the unyielding leather and metal that held them in place. Even now it was all too possible to believe that they left their heads to hang low out of fatigue rather than pride. Or at least it would be if it were not for the alertness of their ears, and the unmistakable essence of raw, unfiltered, boiling hatred that seemed to be emanating out from every single pore of their entire beings.
But again the cracks were there, and as Anton studied his prisoners and noted every subtle wobble, every slight droop of an ear and listened to every labored breath, the cracks became more and more obvious.