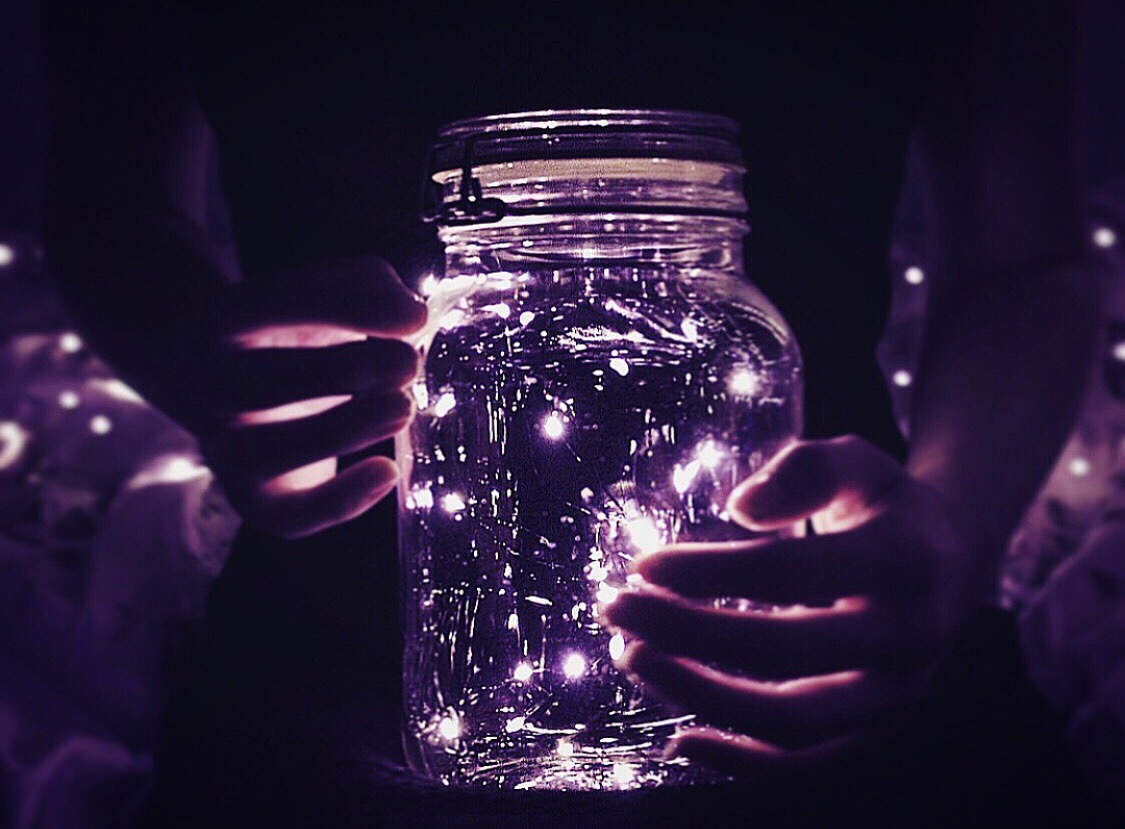 Anton smirked to himself as he checked in on his prisoners. The two dark elves stayed silent as they sat quivering in their bondage but judging by their labored breathing they both appeared to be at least somewhat conscious. With their bodies slumped forwards and their heads hanging low neither of them appeared to have noticed his little check in.

Both of the dark elves were “Dressed” the exact same way, which was barely at all. A wide leather belt was buckled strictly around each of their waists. To these were clipped short chains that were attached to leather cuffs around their ankles. Smaller belts were buckled around their thighs and shins, between their knees and hips, these kept their legs bent and took away their ability to walk upright. Their arms were locked in tight, stringent box-tie style leather armbinders, that kept them folded away behind their backs. These were held in place by thin leather harnesses that wrapped around their shoulders and upper bodies as well as their bare breasts.
Wrapped around their heads were rather cruel looking head-harnesses, that crisscrossed their faces as well as wrapped tightly around their foreheads, beneath their eyes and under their chins. These harnesses were made up of thin leather straps and were attached to, as well as held in place via metal clips, wide diamond shaped, rubber-coated plate masks that covered the dark elves lower faces by curving under their chins, spreading out over their cheeks and then curving up over the bridge of their noses. These plates fit snugly against their skin and gave the dark elves an almost ninja-like look.
Attached to the inside of the plates were a large bulbous gag that filled their mouths completely. These gags were made of a harden rubber material that was just soft enough that they could be bitten and molded to the jaws that they had been wedged between. With the straps of the head-harnesses forcing the dark elves to bite down on the gags, their tongues were kept crushed against the bottom of their mouths. This prevented speech and caused over time horribly painful cramps and aches in their jaws. Three small holes dotted along each of the top edges of the plates allowed the dark elves to breath through their covered noses.
Although their tight bondage gear was clearly uncomfortable. None of it was constrictive enough to cut off any of their circulation. So for the moment the only real hardship that the two dark elves faced were the sybian machines that they had unfortunately found themselves strapped down to.
The sybians the dark elves had chosen for their dungeon were very expensive, heavily-weighted models that came equipped with a number of controllable timers. And had currently been set to run with a nearly constant low level of intensity that would be interrupted by random increases in power. These random events would each be different in their duration and intensity as well as the length of time in between. Although set at random, the timing between the events would never be shorter than fifteen minutes or longer than three hours. In this way the dark elves were kept in a state of endless arousal and then plagued by instances of intense sexual stimulation that they had no way of either predicting or escaping from. With their bent legs strapped to the sides of these randomized sybians and their shoulder harnesses locked to chains clipped to metal ringlets set into the wall behind them, both of the dark elves were simply but effectively trapped in a pleasurable Hell.
Anton had found it difficult to resist the urge to make things so much worse for them. As it sits the dark elves had no bondage around their exposed breasts. No clamps on their nipples, clitorises, vulva lips, or ears. They wore no blindfolds and he had decided not to put anything around their necks as that was something that would come later and with much more fanfare. Even their lower holes were shown some mercy as even though they were strapped to the sybians, only moderately sized dildos had been shoved inside them and they had nothing in their rectums.

The shoggoth at the stove was feminine in her new appearance but had formed her limbs and torso to be so disproportionately inaccurate that she was only vaguely human-like, and even then only from her waist upwards. She now stood about six feet tall and was “Dressed” in what looked like a traditional black and white colored French maid outfit that had not only been stylized to better fit her amorphous body, but actually seemed to be made out of, or formed from, said body as well. The “Skin” of her body, at least the sections that were not currently acting as clothing, was smooth, hairless and had a semi-transparency to it that gave it a pliable, gelatin-like quality. The only portions of her that appeared to be fully solid were her face, neck and hands. These areas were all colored the same deep purple as before while the rest of her form shifted though a series of blacks, grays, blues, lilacs and whites that would all change in hue and density depending on her movements and whether or not any of the bright kitchen lights happened to be shining on her.
Although the shoggoth now possessed a pair of arms and hands she also had a host of tendrils and full fledged tentacles that slipped out of holes and splits in her outfit as well as formed out of her flowing hair. All of these appendages worked independently of each other and allowed her to complete several tasks in unison. Her legs were all together non-existent, as from her hips downwards her body broke down into a stalk-like, quivering, gelatinous mass of ever-moving slime and tentacles. Though she technically had no legs, she was still able to move freely across the floor by simply sliding her entire mass along in an almost snail-like manner. As she moved about a never ending series of eyes, noses, ears and other unrecognizable organs, some of which would “Beat” in a manner that was similar to a heart or would make faint buzzing or clicking sounds, would bubble in and out of existence across her body. And these all worked together to give her a full range of awareness irregardless of wherever her head may be pointed. Thin streaks of luminescence continued to blink and flicker across the shoggoth’s body as well, and these would glow the brightest with each of her movements, or whenever a new organ was about to take form on her body.
Both parts of Salia shared identical looking faces. And this was made even more apparent as the one that was still sitting on the table was suddenly sporting a frilly maids headband that was identical to her counterpart at the stove.

Blackness. Formless. Empty and suffocating. This was the Void.
Considered to be the cushion on which all of Reality sits. The Void is the expanse of nothingness that separates Terra from both Heaven and Hell, or the celestial and chaotic planes, as well as the artificial realms. And beyond all that, the Life Stream where the souls of the living ebb and flow through birth and death.
It is from the Life Stream that the beings populating the Void are believed to have originated. Souls that have somehow slipped out of the stream itself would have found their way into the Void and become it’s myriad of twisted denizens known collectively as voidlings.
Whether this was true or not Salia couldn’t say, nor did she care, she like all the other voidlings was essentially unconcerned with her own origin. The voidlings existed, and they were each capable of producing more of their own kind and thus promoting their own species. This was all that mattered.
Whether they were an intentional creation of the Gods or a mistake generated out of a flaw in Reality would not change anything for them either way, and as such this question was considered irrelevant to the voidlings as a whole.

Salia’s consciousness flexed outward as it expanded in the empty, openness of the Void. The tight constraints of existing on Terra were such a bother that she couldn’t help but reel in elation at the freedom of non-existence. To swim through a mar of chaos, to be one with both bliss and oblivion. To visit ones own true home.
And such joy to have found a morsel worth bringing with her.
To say why she acted how and when she did would be beyond even her own understanding. A call from so deep within her that she could not separate its voice from her own had made itself known in an instant.

What triggers were strong enough to cause her to break her own subservient nature? To pluck away this mind and steal it away to the Void? She could not say. She did not care. Here she would hold it. Know it. Feel every corner of this being. Mold it and strip it down until all that was worth having would be hers. And everything that wasn’t worth having, could simply be discarded.
Guilt and pity were but meaningless ideas now. What is one mortal mind stolen from a world of billions. Nothing lost. So much to gain.
Now, to find it. So quickly will a mortal mind break in the freedom of the Void.

Floating among the nothingness was a single tiny sphere of consciousness.
Life and thought. Memories and hopes. Dreams and fears. All free for her to know and taste. To touch and to take. One tiny mind. A single point of light. All alone in the darkness.
Salia spread wide in the great expanse and wrapped herself around the tiny ball of light.
Hunger and pleasure. Knowledge and power. All that this mind had to offer would now belong to her, forever.

Wait.
What. Laughing. No. How. Stop. Stop. Its wrong. It hurts.
This mind. Not afraid. Opportunity.

Salia couldn’t move as the presence she thought was trapped within her began to swell in size.

No. It burns. Stop. Stop this now.

It spoke. How. Its wrong. No. Control. I will have it.

Salia’s formless conscious reeled in agony as the tiny ball of light erupted and grew into a blazing sun.

Salia withered in her agony as the light began to slice her darkness into ribbons.

No. Please. Do not burn me away. Please.

Wrapping her torn being in on itself, the shoggoth cringed away from the massive sun that now blazed in front of her. The weight of its gravity condensed around her being, crushing her until she was nothing more but a tiny drop of shadow.

Please. No more. Surrender. Forgive me.

She quivered in horror as the sun dimmed and reformed itself, becoming a giant, burning eye that loomed above her as it focused on and then stared down at her tiny being.

The great eye blinked and exploded into a massive inferno of blazing heat, light and color.
Reeling in agony, Salia desperately tried to hold herself together and preserve as much of her existence as possible. As she was burned and engulfed by the exploding eye she could feel small pieces of her splintered mind and body being ripped away and then pulled into the heat around her. These pieces of her would then be absorbed into the heat itself, or burnt away into nothing.
Before losing herself completely she heard the voice speak once more.