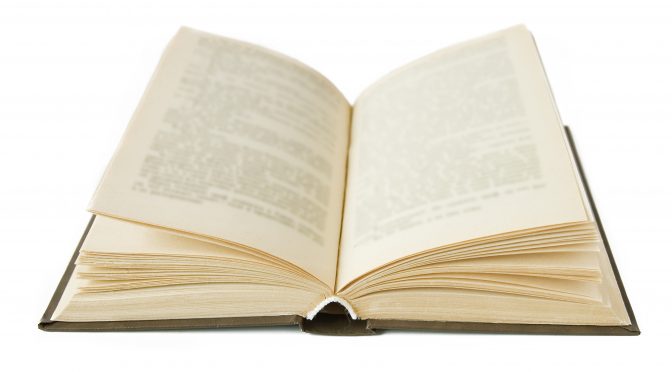 I used to be okay with Mamono. I had always considered myself as well educated as I could be without formal schooling or noble blood, as Mr. Bartester would attest. But even with my knowledge of the Maou’s work and so-called desires I still feel at unease among her, well, I suppose as of late our people. Am I truly xenophobic or ignorant? At first, I embraced the differences in culture, their kindness, their interesting physiology. As much as I will never admit it to any soul… Even… Their sexual techniques. I am envious of a monster’s long lifespan and beauty. Gods know I could use it… That is, I felt this way before I learned more about their corruptive nature. So many people have been turned. People I used to know. I never get to see them anymore. Not outdoors at least. When I do, they are always with their new husbands or, new or improved wives. I knew their formerly human children. Their daughters. I can’t I don’t want to think about it.

So… So much has happened since the last time I wrote in here.
My oldest and dearest friend, Anissa, was changed into a slime, a dark slime. She does not look the same. That is expected. I suppose superficially she kept some traits, but it was still a shock. She has a new shapely and translucent body. She certainly would not have made such a life changing decision in but a few days? Even less so without confiding in me! I know I shouldn’t be bothered by appearances, and thank the gods she was not turned into a mindless slime… I won’t judge by the cloth on a person’s back, the colour of skin nor the filth on their hands. But their eyes. Her eyes. The way she looks at me. I was always told by my late mother; the eyes are the window to the soul. She acts different. Her hand gestures, the way she turns her gaze. She lost interest in reading with me. She is completely infatuated by this Mr. Boudreaux. Anissa used to have ambitions for the future, maybe even move to the capital! Now she only thinks about pleasing her brand new husband; what she can do for her husband, will these clothes or form catch his gaze? What can she cook for him? Did he even know her before? I can’t stand it. I know she wanted a man to love even beforehand, we used to make lavish stories of men we fancied when we were young. There used to be more to her. She used to be more. I loved her. I pretend to be happy for her. She… She offered to, as she put it; melt me. Feigning interest; I said I would think about it. It was the first time I lied to her.
I did not go to the wedding.

A representative of the extremist faction made her way into city hall today, she wore crimson eye gem motifs. Or so I’ve heard. I’m afraid she’s here to dictate the future of our little city. I cannot come to understand why the Maou claims she loves us but desires so vehemently and aggressively for us to change ourselves. They do not even give women the choices for our own fate. It is my choice in the end, is it not? Am I not the master of my own life? Even if I am brought to malady or a young death as a human, I could say it was by my own volition and convictions. I even know of men who have coerced their wives or daughters to the corruption. Even gifting laced foods or drink to an unsuspecting maiden. The men laugh in glee as they now too eagerly plow their so called “loves”. I’ve seen it before the take-over, liquoring a woman and taking advantage of her altered state of mind. Is this any different?
They make all this an inescapable fate, everybody becomes one of them in the end. I cant let them know of my thoughts. Lest they consider me for “re-education” or gods forbid, turn me into one of them. I hope that I can one day find a man who can truly love me for who and what I am, blood-haired, left handed, flawed faced human or not. Would he fight for me? For this man I would reciprocate true love. I would choose to be loyal. Not be turned loyal.

Today I came to work just to find Mr. Bartester carting away large sums of our library books, all of them were deemed propaganda for the chief god by our new benefactor, and as such had to be disposed of. As much as I may disagree with most of them: it pains me to see part of our history torn from us. But in the end, deep down, I already knew this day would come.

I was left in shock, less then hours before bedding for the night! Once I became aware of some of the “games” she has been playing with mamono friends, I made my decision. After questioning, Kassi described being approached by a familiar and a witch, whom were, I’m assuming, preaching Sabbath propaganda. Preying on an 9 year old is despicable, as wise for her age Kassi is, she still doesn’t know any better. How could they do this to her? Target an innocent child? I need to keep gathering funds to get out of the city and make it to a safer location. As soon as possible. Far far away from this. South east? somewhere where we can’t be reached. Even if we must turn to the order, If I speak a word they might treat us as heretics. I’d rather be silenced by the eyes and ears of the regime then lose my very own thoughts. At least… At least I can always think. I don’t know what else to do! She’s all the family I have left. For my little sister I would fight to the death if the need ever comes. I can’t let them tamper with her mind! she deserves better then this.
We will make it out in the end.

I was lettered a request tonight to help search for a rare book a wealthy client, in Bartester’s own writing; “absolutely needs for tonight”. Even if it’s Sunday and past our regular working hours. I know that it would likely be in the dishevelled condemned wing. We will be skimming the later hours. Walking tonight will be frightening, I suppose the city street lanterns do keep some light, but I don’t want to run into any less then savory people… I promised myself I wouldn’t leave home so late at night since I still feel afraid for who or what lurks outside. Alas, judging by Mr. Bartester’s anxiousness the library could get paid a handsome reward if the old book is in our possession. This could be my key, my big chance, I hope. I hope it all goes well.

So today i  came back to my silly little hidden diary. it’s funny to think of now. so much has happened since i wrote in here, There’s so much to write about. where to begin? not counting the long, sleepless nights I’ve had for the last few days, and that Incessant nagging from bartester for my hand at the library. i found something to distract me of my assistant library duties: Love, pure unadulterated love. i used to have reservations for men, but now i know the truth. as i found my very own! i only Languished the thought of losing him to a mamono. certainly not now. i had such luck to have met him after that fateful night.

In his home i joined him. shame i couldn’t give him my virginity. he said i was used goods. he didn’t seem to mind after a while. Never knew it could be this easy. to simply enjoy yourself with somebody you love, not having to worry about anything else!

He’s not the most patient or well spoken, but he is the most adorable plump man, i love to please him! i just can’t help myself. Even if he lashes out at women, I’ll show them they were wrong, we just had to give him a chance! he’s a nice guy after all.  i
Realise now how great it is to have a husband to hold onto, to share your life with. not to say I have anything to worry about. Even if he’s but a farmer, the first time i saw him, i knew i had to have him. a single little charm spell later, he was all mine~

Pleasure from my newfound monsterhood is enthralling, at first i was frightened! by the maou! i don’t fret over the petty little Loss of my humanity. a larger shame that i did not become one sooner! i can fly! and women, men, even other succubi are all Envious of my new look, i can see them turning their heads from the corner of my eyes, but i only have eyes for my little gus. Absolutely delicious mana, i remember when i first tasted it. i can’t stand to be without his scent, enveloped by his big arms, Senseless and slightly hazy by his natural musk. i never could have experienced this before as a human. i’m lost in his eyes and Embrace. i finally found true love, and a new family member to call my own! i’m so glad she chose me as her own little sister!

Kindness and nurturing love is all i get from my big sister, she’s teaching me the workings of magic, and what i could do for gus. I dont understand why i was ever afraid of monsters in the first place. had i known her love. she freed me of my shackles. i’m so Lucky to have been in her sights. i’ll never forget when she showed me a new life, when i was reborn by her hand as a monster; Lascivious, sensual, loving, powerful. it’s what it is to be a succubus, to embrace my nature and monsterhood. big sister will be

Mentoring me on how to make my loved ones embrace the maou’s gift! my little kassi will join me: we’ll both be wives for gus! Everybody will join us in the end.