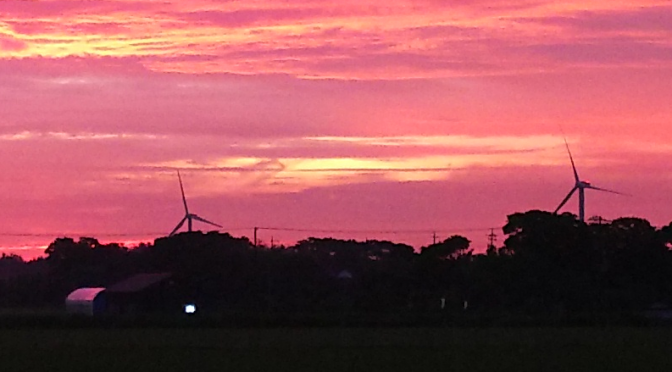 The stranger walked away from the trembling figure with a grim smile on her face. Wiping the blood from her chin she continued to walk towards the distant highway. Perhaps another victim could be found tonight to gnaw on and add to the ranks of the pack. Evangeline wasn’t quick to bite, but it was Halloween and the moon was full. No way she was going to NOT give the gift of lycanthropy to some lucky girl on a wonderful night like this. She never killed her victims like some of her kind did. She was no murderer, but the years of being ostracized by society did not help dispel any ill will towards humans.

Grunting slightly she climbed the embankment towards the highway and flinched as various trucks and cars thundered by. The loud noises of civilization never appealed to her. Growling in vain at the mechanical beasts stampeding down the road, she attempted to compose herself. Dragging the hat she had gotten from her victim onto her head, she sought to hide her beastly features. After a few minutes of struggling, she finally managed to hide her ears, and settled on tucking her tail down one of her pant legs. Good enough in this light, and she just needed to hide it long enough to catch a ride. Anything else afterwards was up to chance. At a glance, Evangeline appeared to be just another poor woman down on her luck and looking to bum a ride back to civilization. Hopefully no one would question her appearance so far out in the sticks, but suckers were born every moment. Perhaps showing a bit of midriff would help her along.

Unfortunately her disguise, while very good for the situation, failed to attract any takers. Trucks continued to thunder by with only a few cars interspersed. Only a few drivers even acknowledged her presence by drifting into the other lane to distance themselves from the suspicious figure. After about three hours, and nursing a mother of all head and tail aches, Evangeline was about to give up when one of the trucks passing by decided to suddenly swerve off the road and onto the shoulder. Jumping off the shoulder just in case the truck was not in control of its trajectory, Evangeline looked on as the massive black and gold semi-truck shuddered to a halt a few hundred feet down the road. Brakes smoking from the sudden stop, the semi-truck stood still at the side of the road, hazard lights flashing like a lighthouse on the foggy sea.

“Fucking finally,” Evangeline grumbled, shifting her tail slightly inside her pants. The wait was more than long enough, but the lumbering cargo truck did change her plans a fair bit. She knew how to drive smaller cars – perhaps a larger cargo truck would be the same to operate? Idle thoughts coursed through her head as she walked towards the stopped truck. Her ride had arrived, and while it wasn’t some shiny steed with a knight in shining armor, she found herself fine with the thought of Bubba and his Clydesdale.

Walking up and past the trailer, the stench of oil and burning fuel overcame her nose – with it, that aversion to civilization came roaring back stronger than ever. Modernity always had a sharp tang of arrogance seemingly sneering at the face of nature itself. And the smell of diesel particularly was one she disliked as it overpowered any other nearby smells, thus rendering one of her strongest senses utterly useless. Suppressing another growl, she approached the cab of the truck as cautiously as she dared. Just because it was a free ride didn’t mean there wasn’t an ax murderer waiting within . . . actually, slash that, an ax murderer would be fun to deal with right about now. A most dangerous game indeed.

Reaching for the handle, Evangeline pulled herself up towards the door. Swinging it open, her eyes were greeted with a dimly lit cab filled with a warm glow from banks of dials, knobs, and switches. Opposite her, the driver looked on from behind sunglasses. Coolly raking a hand through his messy hair, the man grinned and nodded towards the seat next to him. Evangeline sat down frowning slightly as the smell of diesel and oil followed her into the truck itself. She wouldn’t even be able to smell the fear when the time came to attack. Oh well, the taste of blood should suffice. Still, it wouldn’t hurt to at least appear friendly for the time being.

“Hiya, thanks so much for helping a gal out,” Evangeline said as the truck pulled away from the shoulder and accelerated back onto the highway. Shifting through the gears quickly, the man worked the truck up to highway speeds as Evangeline looked on with great interest. Perhaps she could drive this contraption after getting rid of the driver… maybe.

Looking around, Evangeline noticed several small protective charms scattered around the truck,including a small unicorn charm hanging from the overhead console. Smiling inwardly, she dismissed the inane trinkets. Their alleged magic hadn’t stopped her in the past, and they weren’t going to stop her now. For the time being she’d play it cool. It would take a few more hours for her victim to recover and make it back home, and she’d rather be as far away as she could before it came to light what had happened. Werewolf attacks were not uncommon, but the birth of the internet certainly made her job that much harder.

“Yeup, no problem. Wasn’t gonna leave a pretty gal like you out in the cold,” drawled the driver as he glanced over at Evangeline. “Say, I didn’t catch your name, miss…?”

“Ah, right, sorry, my name is Maria,” Evangeline fell back on an old name she hadn’t used since she had left the East Coast thanks to an eerily competent detective who had started closing in. “You really saved my bacon back there. I was getting ready to call in a taxi.”

“You’d have better luck walking with the rates they charge out here. Lemme tell ya, I once got drunk and made the mistake of calling a cab.”

“Oh?” smiling, Evangeline let herself get drawn into the conversation as they rode on into the night. She giggled at his various stories, and tried to counter with her own crazy tall tales. Eventually the laughter and banter died down as both the driver and Evangeline settled down into a comfortable silence. It would be a shame, but it was time to switch drivers – permanently. Deciding that maybe she could scare the driver away, she spoke after a brief silence.

“Y’know… I’m surprised you picked me up back there.”

“And why is that?” the driver downshifted as the truck began making its way up yet another hill. In hindsight she never did ask his name. Pulling off her hat, she shook her head, allowing her ears to stand fully erect for the first time in several hours. Tail working it’s way out of her pants, she partially stood out of her chair and loomed over the driver, baring her sharp canines.

“Well… How do you know I’m not a werewolf looking to have a nibble-” her answer was interrupted by a chortling from the driver’s seat. Evangeline recoiled in horror as the driver looked over at her lazily, a pair of ragged wolf ears peeking out from his unkempt hair. A predatory smile revealed teeth no less sharp than hers. And in that grim witching hour, with the moon at its peak, the man spoke in a drawling tease, “Well Darlin’, I reckon’ the chances of two like minded werewolves being in the same truck are astronomical. Wouldn’t you say?”

John Fong is a lawyer for the Yangs, a high-class family in Hong Kong. Read More
rserenity
1 post(s)

A writer of many monstergirls, though with a weakness for manticores and ushi-oni. I've been writing for a few years now and look forward to continuin Read More
MandaloreTheRomantic
1 post(s)