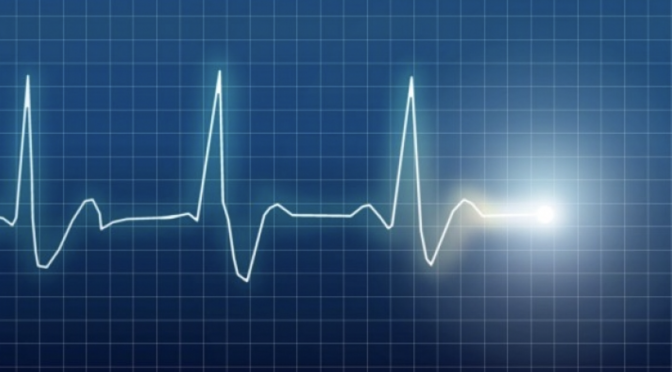 “Oh, my baby!” Mom cried as she rushed over to me and took me in her arms.

”Son… thank God, you’ve come back to us.” My father breathed, fighting to keep back his own tears.

I looked around. I was in a hospital, lying on a bed. There were IVs hooked up to me, heart rate monitors and some other things I couldn’t make out. Looking out the window I could see it was nighttime…

“You were in a car accident, Son,” Dad explained, ”It was bad, you’ve been in a coma for over a month. The doctors… they tried everything, in the end, they said it was up to you. But it’s okay now, you’ve come back to us. You’re home now…”

He started to cry alongside Mom. They were really here, and I was really back on Earth, I was home…

It was all a dream? Being on a different world? Victoria? Romie? All the Mamono… The Order? Wonderland… it was all made up?

Suddenly I became very dizzy and my stomach felt like it was trying to escape through my throat. The whole room began to swing and spin around me. I could hear my Mom calling my name and my Dad shouting for a doctor. I wanted to yell out, but I couldn’t do anything as colors and lights shifted before me. Everything became black, then one by one… small specks of light appeared… stars…

Slowly they filled the void around me, until I was left floating in space, alone and unable to move. The stars  warped and trailed around me as I traveled down a tunnel made of their light for what seemed like a very long time. Whole Planets, Suns and Moons flew by me, hundreds… no thousands of them, until I landed upon one. The very one that I had been on for the past few years.

It was all a lie.

I grabbed Winona, and from my bag I filled her chamber with bullets… real full metal jacket bullets. I made my way to the Queen of Hearts, I wanted, no, I demanded answers.

Kicking in the door to her chambers, I was instantly flanked by 2 Trumparts. I put a bullet in the first ones leg, the other, in her shoulder. Both of them fell to the ground crying in pain as they bled from their wounds. Reloading as I walked towards the stunned monarch, I heard a pop and saw Romie running towards me.

“Donnie! What are you doing?! Please stop!” She begged.

“Shut up! Stay back Romie, I don’t want to hurt you…” I yelled at her, swinging Winona wildly back and forth between her and the Queen.

“Tell me what the fuck is going on here? Why am I here? What is this place? “

”What are you talking about?” The Queen demanded as she stood frozen in front of her throne.

”I was on Earth! In a hospital, I saw my parents! They said I was in a coma. This… this is all fake isn’t it? It’s just a dream like before…” I said looking around.

“Be assured, boy, that I am very real, and know that if you were any other person, you would be dead where you stand.”  She threatened, her eyes glowing red like Romies did the other day.

“…I do not know.” She gritted, staring me down.

“And what if I decide to kill you right now, for not knowing?” I spat back, swinging Winona to point directly at her chest.

”Then you would still be asking the same questions. Regardless, you won’t kill me.”

“What makes you think I won’t pull this trigger?” I growled as I tightened my grip on the handle.

“My Eric was a warrior, a soldier, he killed many men during the war. You… you’re just a child with a weapon that you think of as toy. You’ve never killed anyone, and you won’t kill me, you don’t have the stomach for it.”

I badly wanted to prove her wrong. To squeeze the trigger and wipe that smug expression right off her face. I could do it… none of this was real…. was it? I looked over at Romie, she was watching in horror as I was getting ready to kill her mother right in front of her very eyes. I felt a small pang of guilt and shame crawl it’s way up from below.

Dream or not… hallucination or not… have I sunk so low in my anger, my rage that I’ve truly become a monster to the monsters and… even to myself?

”…Who would know?” I asked quietly, looking back at the Queen.

She stared at me in silence for some time, her red eyes burning a hole through my soul. I tried to keep a hold of my rage, let it shield me from the disgust and self-hatred that I felt for myself. Eventually she muttered 2 words at me. The very words I had been terrified that she would say.

My hand started to shake at the thought of having to go to her for answers.

”Now go, leave here and never return. You will never see my daughter again, you will never be thought of again.”

Her words reignited my anger as I squeezed the trigger and heard the explosion of gunpowder as the bullet flew forward to hit her.

I could hear Romie scream, see the blood and flesh explode from her mother as the slug tore apart her chest, making a large hole in it. She flew backwards, landing on the ground, blood pooling about. Romie ran to her crying, cradling her now lifeless body in her arms. I had done it… I proved her wrong and became a monster in this fake, made-up world.

… It was then I woke up for a second time, gasping in a cold sweat, to the sound of thunder. I sat up in the bed I was laying on and looked around. I was back in Romie’s room. It was raining as I could hear it hitting the window, there was the occasional thunder and flashes of lightning. Looking down, Romie was naked, sleeping peacefully next to me. There were no tears on her face, just a slight smile. Was it all a dream? A nightmare? Everything? My parents, the hospital, killing Romie’s mom, it was so real…  it wasn’t… was it? My God, what the fuck was wrong with me…

I didn’t go back to sleep that night, I was too afraid to. I simply listened to the storm as it raged outside and stared down at Romie, watching her sleep. I wasn’t really like that, was I? Maybe… maybe it was because I shot those Order guys? I mean they didn’t die but… maybe the whole thing messed me up more than I thought it did. I struggled throughout  the night trying to find rhyme or reason of what happened. Did I really see my parents? Was I in a coma? There were more and more questions now than anything else, and I truly feared their answers.

A writer looking to get their work out in public and aspiring editor, I look forward to sharing wholesome moments and more with like minded folks. Read More