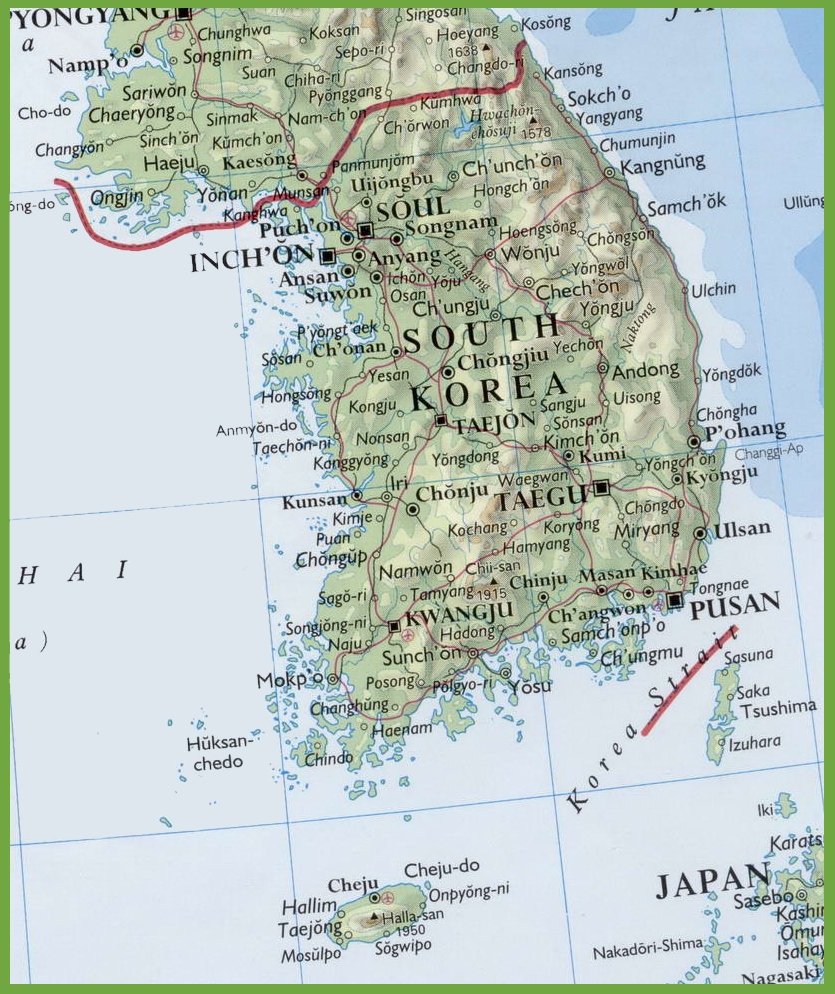 I awoke for the second time, locked in an embrace with Romie. We were both laying on the floor as she held me in her arms. She made a very nice pillow I thought randomly as the memories of last night came back to me. That’s when it began again. Stabbing pain assaulted me as I cried out holding my head.

“What’s wrong?!” She asked suddenly waking up in panicking while grabbing my hands over hers.

I couldn’t answer, the pain was too great. All I could do was gasp and keep myself from screaming out again. That’s when I heard the voices.

Romie just held on to me as the pain coursed over me.    I could feel her crying helplessly as she could do little more than watch.  After about 5 minutes or so I was able to talk,

“No you’re not! What happened? Is there something wrong with your head?” She asked fearfully.

“Heh, ask almost everyone I’ve met here and they’ll say there’s something wrong with my head.” I joked shaking off the lingering pain.

“I’m being serious!” She cried as she took me by my shoulders.

“A Cheshire that’s being serious, will wonders never cease.”

I know I was being an asshole, she honestly did care about me. Guess it was just a self-defense mechanism for something that scared me to death. I was in an accident that brought me to this world after all- something quite honestly could be wrong up there. Feeling guilty, I did something stupid.

Grabbing her head, I pulled down and kissed her on the forehead gently.

“I’m okay now. Thank you… for everything…” I whispered letting go as her head slowly raised back up.

She stared into my eyes, hers glistening with tears. Closing them, she gently leaned in to kiss me.

I put my index finger up to her lips to stop her.

“This is a no no and you know it.” I said quietly as her eyes shot open.

“Who cares, it’s just you and me, no one will know.” She answered just as quiet, her voice soft, full of need and want.

”Maybe some other time, but for now we have a meeting to go to.”

My last chance. Everyone was seated at the table looking at me. I had a map of the lands unrolled on it with two lines drawn in the middle creating a bisected zone.

“So my idea. An area will be created here,” I said pointing towards the northern area,

”That will be human only. No corrupted items, no Mamono, no demonic energy, nothing. This is a sanctuary area and will allow humans to live unturned and uncorrupted. The area in the middle is for lack of a better term a demilitarized zone- no forces Human or Mamono will be allowed to enter this area. It will serve as a buffer for both sides. The area to the south will be whatever Demon realms are set up.  Both sides will redistribute their armed forces to serve as a border patrol to keep these lines intact and prevent citizens from encroaching. Of course later there maybe trades routes established between territories and so on but we can cover that in a later meeting.”  I finished proudly. I tried to copy what North and South Korea had set up as a possible means to an end.  It wasn’t perfect but hey, I was sure that with time,  something better could be done. It could serve as a beginning. An honest to god start at something better than what they had.

I looked up to stony faces and frowns. Just like the time I told a bunch of Star Wars nerds that I thought Star Trek was better…

”The man is daft!”  Dicksalot said, roaring with laughter.

Everyone else voiced their opinions of doubt after the douche spoke. The only one that stayed quiet was Romie as she sadly stared at me. A Cheshire that couldn’t smile at something, guess my idea really was that shitty, I thought bitterly.  I stood there stunned and dejected as everyone left for the second and final time.

Romie was the last to leave, before she did, she came up and kissed me softly on the cheek. I hardly felt it as I stared down at the map. My fabulously great idea, the way to end the war and save this worlds inhabitants … laughed at…

I don’t know how long I stood there. Eventually I too walked out, leaving the map where it lay. It was just a useless piece of trash now.

Later as I sat on my bed staring at the wall. A knock came from the door. Opening it I saw it was Fredrickson.

”What?” I sighed rudely.

”I… I am sorry that things did not go well. That your plan… was not well received.” Looking at his face, it seemed like he was reaching for comforting words but the S.O.B. looked genuinely sad about it.

“We will be taking our leave on the morrow…. You could come with us, join the last bastion of defense for humanity. With your abilities, you could be a Hero, a ray of hope to light our darkest hour,” He urged.

I could tell there was a small amount of desperation in the offer. Guess Katrina wasn’t bullshitting about the 5 year estimate, they really were getting on their last legs.

His words touched me. Sure he was a prick most of the time I knew him, he had his faults, we all did but… Here was a man, a person, a fellow human being asking for my help. I would be lying if I said some small part of me wasn’t tempted because of sheer pity. Because they needed someone…

But I couldn’t… I wasn’t that someone.

I was barely able to look him in the eye, “I’m sorry…” I said, fighting back a large feeling of guilt.

He nodded slowly, sadly, as if he already knew my answer. I closed the door as he turned and walked away.

In that moment, I hated everyone. I hated the Order for their shitty kill or be killed attitude. The fact that they knew the end was coming and rather do something different that didn’t involve killing Mamono, they would rather lose it all. I hated the Maou and her parasitical nature. Turn them all without a loss of life, sure a kinder alternative, but that doesn’t mean you didn’t just wiped out an entire species. She was just a different side to the same coin in my book.

I stormed back into my room and in a fury I threw anything I could find. Over turned the bed, punched my fist through the wall, anything to take my rage out.  Fuck them and their ways! Fuck this backwards ass world! Let them all die or change or whatever.  I warned them, I gave them their chance! When the final bell tolls, I just wished I could be there to say I told them so….

I sat atop the roof of the conference hall, my feet dangling over the edge as I watched the Order delegates leave. A sinking pit of depression enveloped me as I stared out to the horizon. I tried, I really did. It seemed like a perfect plan, logical, well thought out- it just required a lot of effort on both sides. Maybe it was just a dumb ass plan and I was too retarded to realize it. Who knows, but in the end you can’t save someone who doesn’t want to be saved I guessed.

There was a soft pop behind me. I didn’t care enough to look. Could have been anyone, hell even Arnold himself sent from the future to terminate me. Didn’t give a fuck. They sat down beside me and out of the corner of my eye I saw black and purple stockings. Romie…

We sat in silence not saying a word, just looking out to the distance. Finally she spoke,

I grunted, no witty come back no smart ass remark, just a simple sound that made up everything  I was feeling.

“It’s just how things are in this world.” She said quietly

“A lot of bad things – atrocities – happen because people think ‘that’s just how things are’ does that  make it any better?” I asked.

“You can’t blame them or yourself.  The way you think is very different then the way they do. You think more like a Cheshire.” Without looking at her, I could tell she was grinning.

“So what does that make me, bat shit crazy?” I asked sarcastically.

She answered by laying her head on my shoulder. We sat like that for a while as the silence overtook us again.

”Where?” I replied tiredly

”To Wonderland to see my mother, maybe she can help you find a way to get home.”

“And how would your mom be able to do that?” I asked caustically.

“Well she is the Queen of Hearts, if anyone could then she can.” She replied.

Well…. butter my buns and call me a biscuit. The, excuse me,  a granddaughter of the Great Maou. Not like I hate grandmama or anything. I had the feeling that I was the daytime TV favorite of Fate herself with all the messing around she was doing to me. Whatever.

Thinking back to Victoria’s letter that for some reason I decided to stuff in my pocket that day, I said,

“Lemmie look at something, figure things out before I give you a solid answer?”

“Take your time, everyone else is going home, but I’ll wait for you.” She said kissing my cheek again before she stood up and popped out. Chicks getting way too liberal with that.

Reaching into my pants pocket I took out the letter and opened it. That time ago when I stayed with her, I taught her how to read and write English, she learned at an astonishing rate and was able to master it in no time. Me on the other hand, well she tried to teach me, but I guess I’m not that smart. Like I said before, I’m boarderline illiterate for the language here. Thankfully she wrote it in English.

I hope this letter finds you well. The Sucubus, Katrina sought me out to get advice on you. I told her you were a good man despite what you may think about yourself. I have written this letter to deliver, I hope she gives it to you without any incidents. I made several new inventions with the remains of your automobile, I wish you could see them. I thought of you often when I was working on them. I do miss you very much, but I know your place was not here, trapped in my home. Your spirit is wild and free. You yearn for your home and I do hope you will find your way back. I know this is a selfish request but… think of me perhaps?

I fought back tears as I stayed up there for a few hours more. I  finally stuffed the letter back into my pocket. Taking a deep breath, I sucked back up my sorrow and buried it deep. Emotionally healthy, yes I know.  Standing I made my way down to the town beneath. I visited a few shops to replenish some supplies then made my way back to the trashed inn room for a final night.