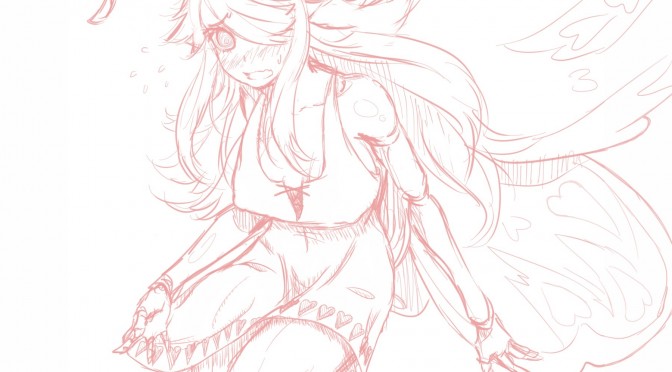 Monster Girl Manga/Anime/LNs/games to enjoy and discuss – Restructuring for this site in progress.

A brief list in only alphabetical order, if you want to add something then add it in the comments below, and maybe it’ll make it in whenever I update this list. This isn’t so much a “this has been updated and up to chapter x” kinda thing, more just a (hopefully growing) list of Monster Girl related works to enjoy and discuss. What “counts” is largely arbitary, a good rule of thumb is “If it’s not in the MGE*, and said MG isn’t a main character, then it probably doesn’t count”. If you don’t like a decision made, then just complain I guess? Won’t guarantee I’ll give 2 fucks though. Also: on the relative “quality” of the entries. To be honest it’s not a factor, because it’s subjective; I’d rather have a broad list than a “elitist” one, so even if it’s shit, it’s up in case someone enjoys it. There’s plenty of good stuff on it anyways. On that note, as mentioned in the header, I’ve restructured the list based on feedback that people thought the list was so broad as to not be useful anymore. Fair enough. So I’ve split the manga/anime section into the 3 categories below, (the other sections being too small to be concerned about at the current time), where things currently are, is not representative of any final decisions. Work in progress y’all. Also: suggest more stuff, it’ll be added.

*It, however, does NOT have to conform to KC’s design or background.

*There is a pretty convoluted “proper” viewing order for this series, as it passed through a few studio’s hands who animated whatever they felt like. There’s been oh, around 3 OVA series if memory serves and 2 full length TV series, the first series is (apparently) shite and should be ignored, whilst everything else never dips below “good” quality wise. I’d add the viewing order here, but I don’t have it handy and it’s not particularly hard to figure out on your own.

Basically, I’ve redone the sorting of the list, it being simply too broad in scope. So I created three categories, and there’ll hopefully not be any more. The names aren’t final, they’re just what seemed to make sense at the time. In long form, the categories would be “Things obviously to do with MGs”, next would be “Things with MGs in it them, but not as a focus”, and finally “Things with at least a passing relevance and are interesting enough to mention”. This is just a first pass to put things in categories, and from here things can be refined, I haven’t put too much thought in to this, so things can be skewiff. Enjoy arguing autistically about where things belong.

Light Novels/Heavy Novels
My Maid is a Formless Entity – Uchi no Meido ha Futeikei – Tassou Shizukawa
The Circumstances Leading to Waltraute’s Marriage – Waltraute-san no Konkatsu Jijou – Kamachi Kazuma
The Metamorphoses of Ovid is chocked full of the original myths many of your waifus arise from, so read it & get some culture.
The Zashiki Warashi of Intellectual Village – Interibirejji no Zashiki Warashi – Kamachi Kazuma

When it comes to doujinshi the format will be focusing on Artists rather than specific works, However the odd major one that is worth individual note can still be suggested and added.

A storyteller's game, Lips that intoxicate,The core of all life is a limitless chest of tales Read More
Losenis
1 post(s)