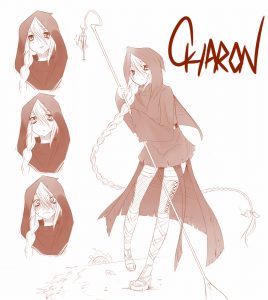 Once upon a time back in the good ol’ glory days on a certain image board, people happily and freely conversed and about their favorite monster girls to their hearts content.

It was a period of golden age enlightenment. People waited eagerly for greentext post stories or contributed original drawings of their favorite monster girls, and some of those very same people from those bygone days are even still with us here today.

In those paradisaical days, amongst the intellectual thinkers and savants, a single question arose:

Could we make an original monster girl?

The challenge was great of course.

Kenkou Cross’s Monster Girl Encyclopedia was the textbook encyclopedic source of all things monster girls, and it already had an impressive array of entries.

Various ideas were put forth;

Perhaps even a clown.

Out of the cacophony of bickering noises and arguments of whose waifu was the best, people’s tastes being shit, and centaur worship mucking about, a single sentence united them all.

The Greek mythology ferryman of the dead.

Tasked with guiding the recently departed over the River Styx in exchange of payment with coin, which was buried with the deceased.

Was it even possible to turn such a morbid bleak concept into a cute, loveable character?

The denizens of the thread toiled, contributed to her mannerisms and personality, and lo, something beautiful happened.

Charon, the pun loving, awkward and  lonely ferryman of the dead was born.

She was a lonely girl, residing in a void filled underworld that rarely received visitors much less the departed. And they were often at times morose, melancholic, or downright irritable at the notion of being dead, and poor dear Charon would be stuck having to row them over to their final destination while listening to their anguished wails or final curses. 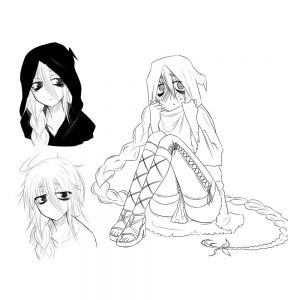 But Charon is kind at heart, and not wanting to let her passengers suffer, did the only thing she was capable of doing to alleviate the situation. 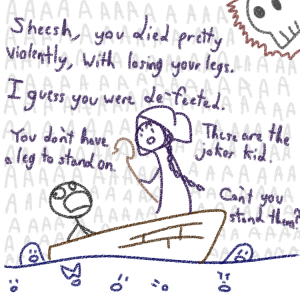 No one knows how it started. Perhaps she found a joke book floating in the flowing river, or maybe centuries of isolation had driven her to seek new ways to entertain herself. 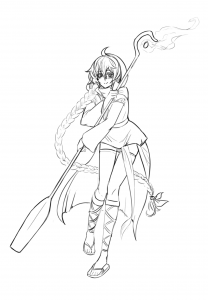 Either way, the boat ride suddenly became even more awkward as Charon, in all her glorious awkwardness, would begin to deliver lame pun after lame pun. 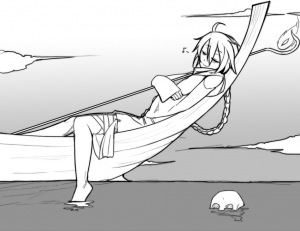 So heres to you Charon, our cute and loveable pun-loving ferryman of the dead.

2 thoughts on “An Ode to Charon”

Just someone who's never tried writing before but hopes that some people will be entertained by my stories. Read More
Acethewritefag
2 post(s)

Just a man with a penchant for catgirls and too much time spent on writing. Generally not a lewds writer, but I have been known to indulge away from Read More
Laaren
2 post(s)